Home / Derek Gregory to give Tanner Lecture at Cambridge

Derek Gregory to give Tanner Lecture at Cambridge 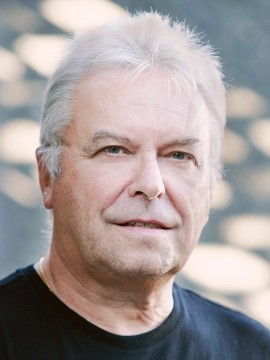 Professor Derek Gregory has been invited to give the Tanner Lectures at Cambridge on 13-14 January 2016. The title of his lecture is “Reach from the sky: aerial violence and the everywhere war”.

The other lecturers for 2015-16 include Umberto Eco, Didier Fassin and Judith Butler!

From the official description:

Appointment as a Tanner lecturer is a recognition for uncommon achievement and outstanding abilities in the field of human values. The lecturers may be elicited from philosophy, religion, the humanities, the sciences, the creative arts, and learned professions, or from leadership in public or private affairs. The lectureships are international and intercultural and transcend ethnic, national, religious, and ideological distinctions.

The purpose of the Tanner Lectures is to advance and reflect upon the scholarly and scientific learning relating to human values. This intention embraces the entire range of values pertinent to the human condition, interest, behavior, and aspiration. The lectures are published in an annual volume.

The Tanner Lectures were established by the American scholar, industrialist, and philanthropist, Obert Clark Tanner. In creating the lectureships, Professor Tanner said, “I hope these lectures will contribute to the intellectual and moral life of mankind. I see them simply as a search for a better understanding of human behavior and human values. This understanding may be pursued for its own intrinsic worth, but it may also eventually have practical consequences for the quality of personal and social life.”