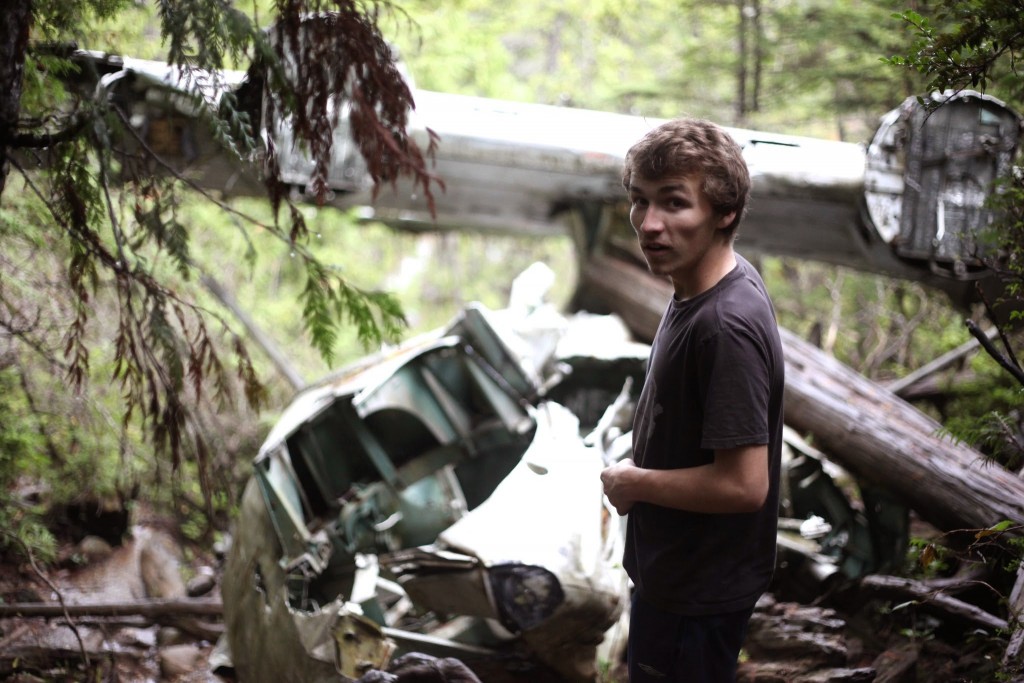 First of all, congratulations on your recent album release (Kitimat LP)! How did you get into making music and recording albums in the first place?
I began playing trumpet and piano at a young age and was very into jazz and blues trumpet during my teen years. When I turned 15 I picked up a guitar and began writing my own music. From there everything flowed quite smoothly and all of a sudden I found myself in the middle of recording my first EP ‘From The Ground Up’ in the summer of 2013.

Your work seems to take a very activist-artist position—did you go down this route intentionally or did you sort of just realize that all your songwriting was about conservation/sustainability?
This was a very conscious decision. I struggled for years trying to decide what I was going to do with my life. I knew at the age of 16 that I was going to fight for the protection of areas and environments that are dear to me. The thought of incorporating these feelings into lyrics and music came with maturity and time. Eventually I realized that I wasn’t very good at writing songs about love or heartbreak but that I was pretty good at writing songs about things that were important to me, like rivers and mountains and bears and such. I don’t believe I should be getting credit for being “active” or “conscious”. I think that anyone, especially a musician, who isn’t standing up for what they love is doing a disservice to our society and themselves. Standing up for what I love is part of who I am and I would do it regardless of whether I played music or not.

How did you get involved in the One Big Coast film project?
I spent so much time speaking about the importance of protecting our coastline and researching the potential impacts of oil spills in marine environment and yet I had very little experience in the areas I was fighting for. So in a moment I decided to head up to Kitimat to see and feel and smell first hand the areas that would be directly affected by the Northern Gateway project.

I made One Big Coast because I really wanted to connect people and communities. I realized that there were thousands of people in BC fighting for the same thing but too often communities are geographically and socially isolated and so their voice isn’t heard. I wanted to and will continue to give a voice to those communities too often forgotten or left out of the conversation.

What kind of role do you think the activist-artist has in environmental issues? In your summary of One Big Coast, you say that you want to inspire people to become more involved in our energy future through music and film; how do you think the activist-artist moves people to action or awareness? Do you consider yourself foremost an artist or an activist?
In every great social movement in the last 100 years there has been music. Sometime it is the music that inspires the change, other times it is the change that inspires the music. Either way one cannot dismiss the importance of art and music when trying to evoke action and change. Science gives hard objective truths about our world. Music gives those truths purpose and reason. Music has the ability to reach deep into peoples emotions and stir that “I need to do something” mentality. I am able to sneak ideas of conservation and balance into my songs, wrap them in nice melodies and harmonies, and bam! All of a sudden everyone is singing about fighting for our coastline.

Is this film project an anomaly or have you done other film-related work as well? Do you see yourself embracing that route in addition/instead of music?
One Big Coast was the first film I ever made. I think I will continue to make films where appropriate. What I mean is that I will say what I can and need to through music and if there is something that can’t be said or expressed through music then I will look to film fill in the gaps.

Any plans after graduation?
Push for the banning of all oil transport along the West Coast of Canada. Maybe write a song or two. Hug a lot of people. Laugh a lot. Look at the stars.