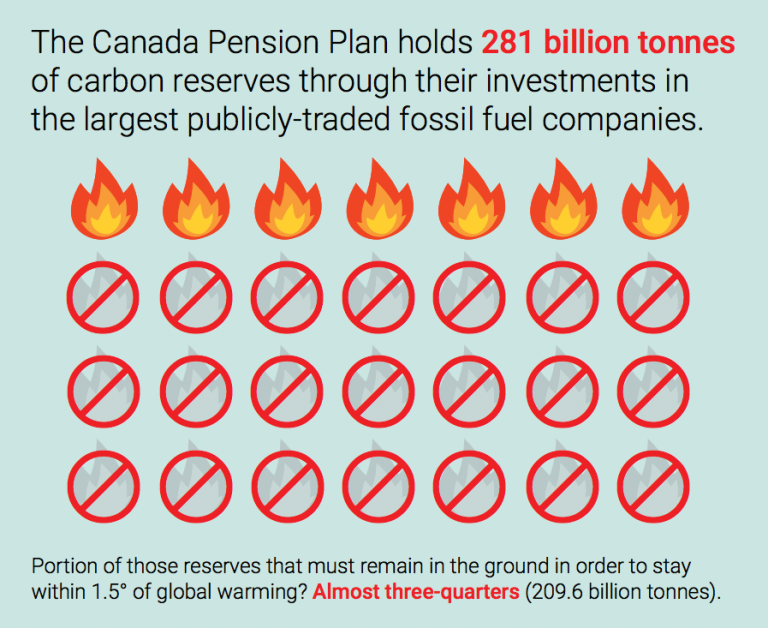 A report co-authored by UBC Geography associate professor Jessica Dempsey has found that the Canadian Pension Plan has $4 billion invested in fossil fuels.

In Fossil Futures: The Canada Pension Plan’s Failure to Respect the 1.5-Degree Celsius Limit, issued today by the Corporate Mapping Project, the authors analysed the CPP’s investment portfolio to determine whether it is in line with Canada’s Paris Agreement commitments.

To stay within the carbon dioxide emission limits necessary to restrict warming to the 1.5 degrees the agreement aims to pursue, the companies CPP is invested in can extract only 71.4 billion tonnes of CO2. However they have 281 billion tonnes in reserve, meaning they have almost four times the carbon reserves that can be sold and ultimately burned to stay within 1.5 degrees.

The authors have co-written an op-ed in the Vancouver Sun, in which they say: “This is a moral and ecological failure. It’s also a financial risk. As energy generation shifts away from fossil fuels, investors who don’t respond could be left with “stranded assets” — investments that are no longer profitable.”

The Corporate Mapping Project, a research and public engagement initiative investigating the power of the fossil fuel industry. It is jointly led by the University of Victoria, the Canadian Centre for Policy Alternatives’ BC and Saskatchewan Offices and the Parkland Institute.