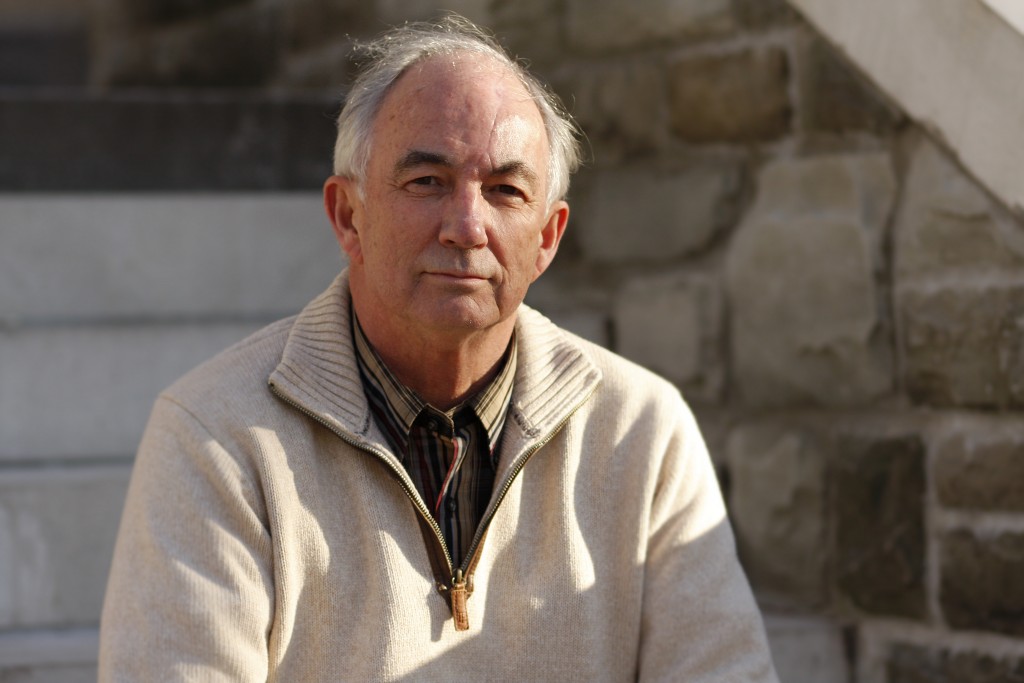 Congratulations to Gordon McBean, Adjunct Professor at the University of Western Ontario, for receiving the UBC Alumni Award of Distinction!

He was Professor and Chair of the Atmospheric Science Program in the UBC Department of Geography from 1988-1992 and had previously completed his BSc (’64) in Physics and PhD (’70) in Oceanography and Physics at the University of British Columbia.

Professor Gordon McBean, CM, OOnt, PhD, FRSC is Adjunct Professor of Geography at Western University, London, Canada, Director of Policy Studies of the Institute for Catastrophic Loss Reduction and President of the International Council for Science and Co-Chair of the Governing Council for Future Earth: Research for Global Sustainability. He was Professor of Geography at Western (2000-2015) with a joint appointment in Political Science. From 2012-2015, he was Director of Research and External Relations, Western Centre for Environment and Sustainability.

He has been appointed a Member of the Order of Canada (2008) for “contributions to the advancement of climate and atmospheric sciences in Canada and for leadership in national and international scientific organizations”, Order of Ontario (2010) as “a leading scientist and authority on climate change and natural disasters” and awarded the University of British Columbia 2015 Alumni Award of Distinction and the American Geophysical Union Ambassador Award for 2015. He is a Fellow of the: Royal Society of Canada; American Geophysical Union; Canadian Meteorological and Oceanographic Society; International Union of Geodesy and Geophysics; Royal Canadian Geographical Society; and American Meteorological Society. As a lead author for the Intergovernmental Panel on Climate Change, he shared in the award of the 2007 Nobel Peace Prize.

He was Chair of the Canadian Foundation for Climate and Atmospheric Sciences (2000-11)(which provided $120M in research grants to Canadian universities for climate and atmospheric sciences) and of the Canadian Climate Forum (2011-14). He was Chair of the World Climate Research Programme (1988-94), START International (2009-15) (environmental capacity enhancement in Africa and Asia) and the Scoping Group, Planning Committee and then Science Committee for the Integrated Research on Disaster Risk Program (2005-2011). From 1994 to 2000, he was the Assistant Deputy Minister in Environment Canada with responsibilities for climate, weather and air quality sciences and services and advising the government on related issues. From 1988 to 1994, he was a Professor of Atmospheric-Oceanic Sciences at the University of British Columbia, being Professor of Geography and Chair of the Atmospheric Sciences Program (1988-92) and then Professor of Oceanography and Head of the Department of Oceanography (1992-94). From 1970 to 1988, he was a scientist with Environment Canada. He received his PhD in Physics and Oceanography from the University of British Columbia.

He is Principal Investigator of the Coastal Cities at Risk: Building Adaptive Capacity for Managing Climate Change in Coastal Megacities (Vancouver, Bangkok, Manila and Lagos), SSHRC Insight Grant on Integrated Strategies for Risk Reduction Research Project and an investigator with Marine Environmental Observations Prediction and Response (MEOPAR-NCE). He was previously a co-PI for the ArcticNet NCE and leader of the integrating theme.

His publication’s summary is: Books and chapters in books – 40; Papers in refereed journals – 71; and other publications – 65. He is makes many presentations to International and National Scientific Congresses and Scientific and Professional Audiences. For the period 2008-2015, he made 160 presentations mostly as invited plenary presentations, averaging 20 per year.