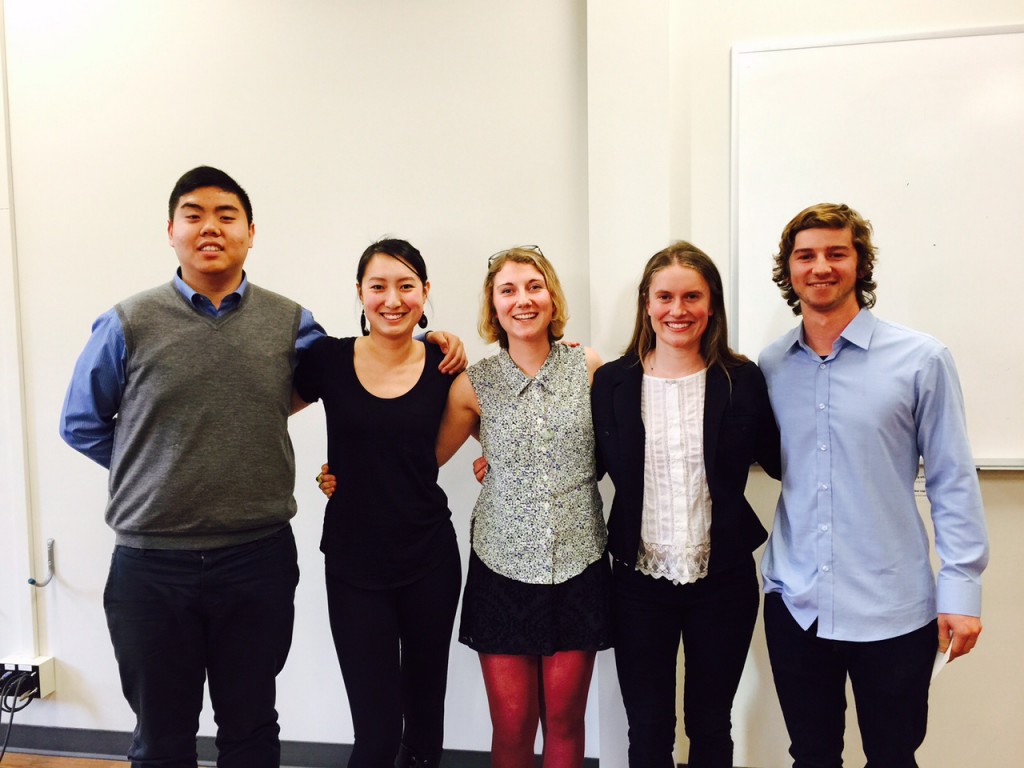 The Department of Geography’s first Undergraduate Spring Conference (organized by Geography Students’ Association’s VP External, Emily Huang) was held on April 8th in the Geography Building. Jialin Yang, VP Academic and co-editor in chief of this year’s Trail Six, also gave everyone a glimpse of what the journal will look like this year.

There were five presenters this year, four from our department and one from UBC’s School of Library, Archival and Information Studies:

Kathryn Miles
Geo-Yoniographies: An Exploration of Birth Places and Spaces

With the five presenters, all three streams of the undergraduate Geography program: Human Geography, Environment and Sustainability, and Physical Geography, were represented.

Recap and photo by Mimi Yu