A snapshot of 1950s Vancouver 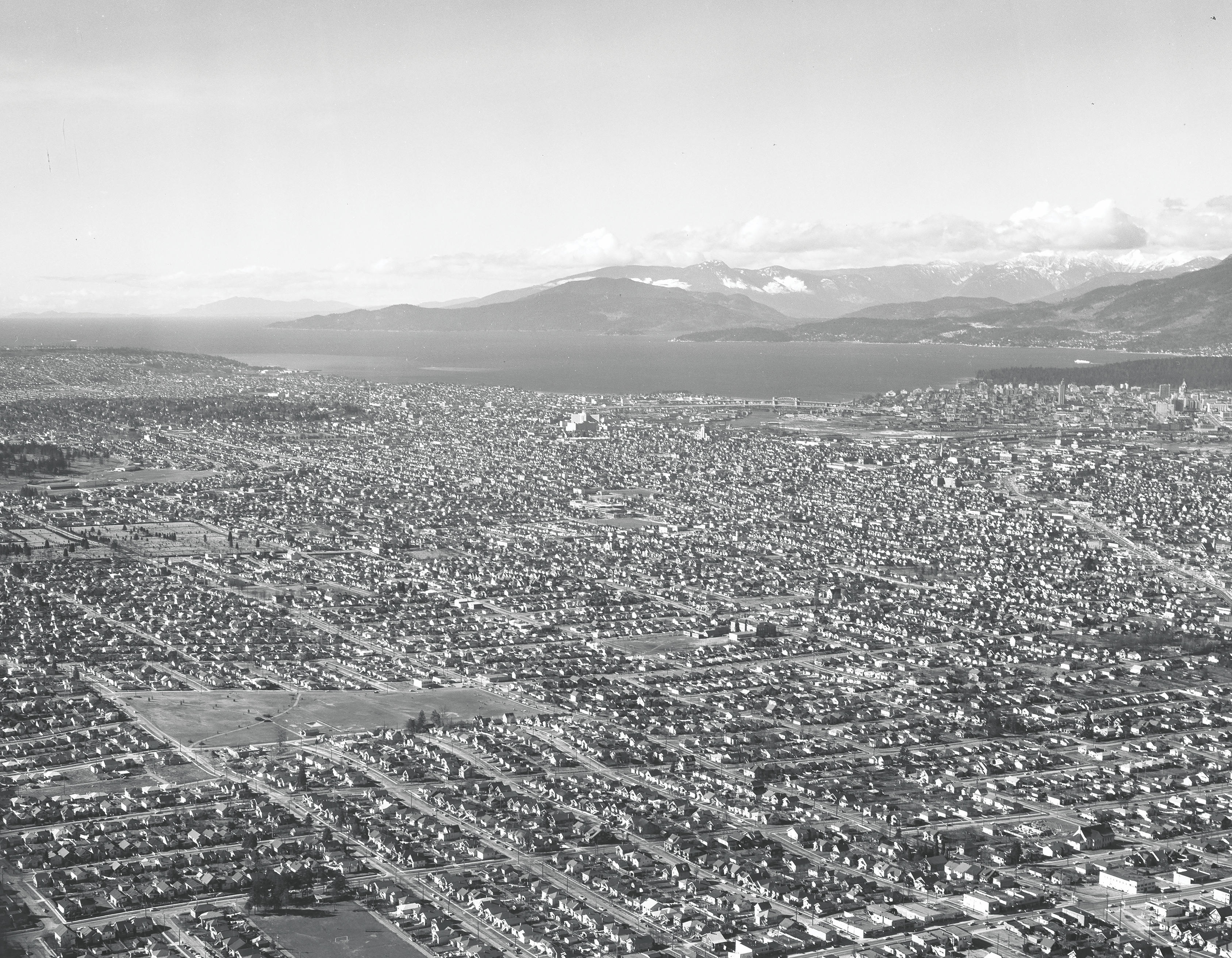 Tucked away on the ground floor of the Department of Geography is the Geographic Information Centre – home to, among other things, the largest hard copy archive of aerial photographs in British Columbia.

These include federal, provincial and private aerial photographs dating from 1922 to 2009, for many areas in B.C. and some areas of the Yukon. These photographs provide a unique snapshot of how the land has been changed and shaped across the last 100 years.

While many are taken from a vertical perspective – much like looking at a satellite view in Google Maps – there is a small collection of oblique photos donated to the GIC by Kenne Allen.

The GIC team have picked a selection from the 1950s, which show how individual neighbourhoods in Vancouver have transformed in this time.

All locations pictured represent the continued colonial occupation of the traditional, ancestral and unceded territories of the xʷməθkʷəy̓əm (Musqueam), səlilwətaɬ (Tsleil-Waututh), and Skwxwú7mesh (Squamish) peoples.

You can use this interactive map provided by the Musqueam Nation to learn the hən̓q̓əmin̓əm̓ names for many of the places photographed. 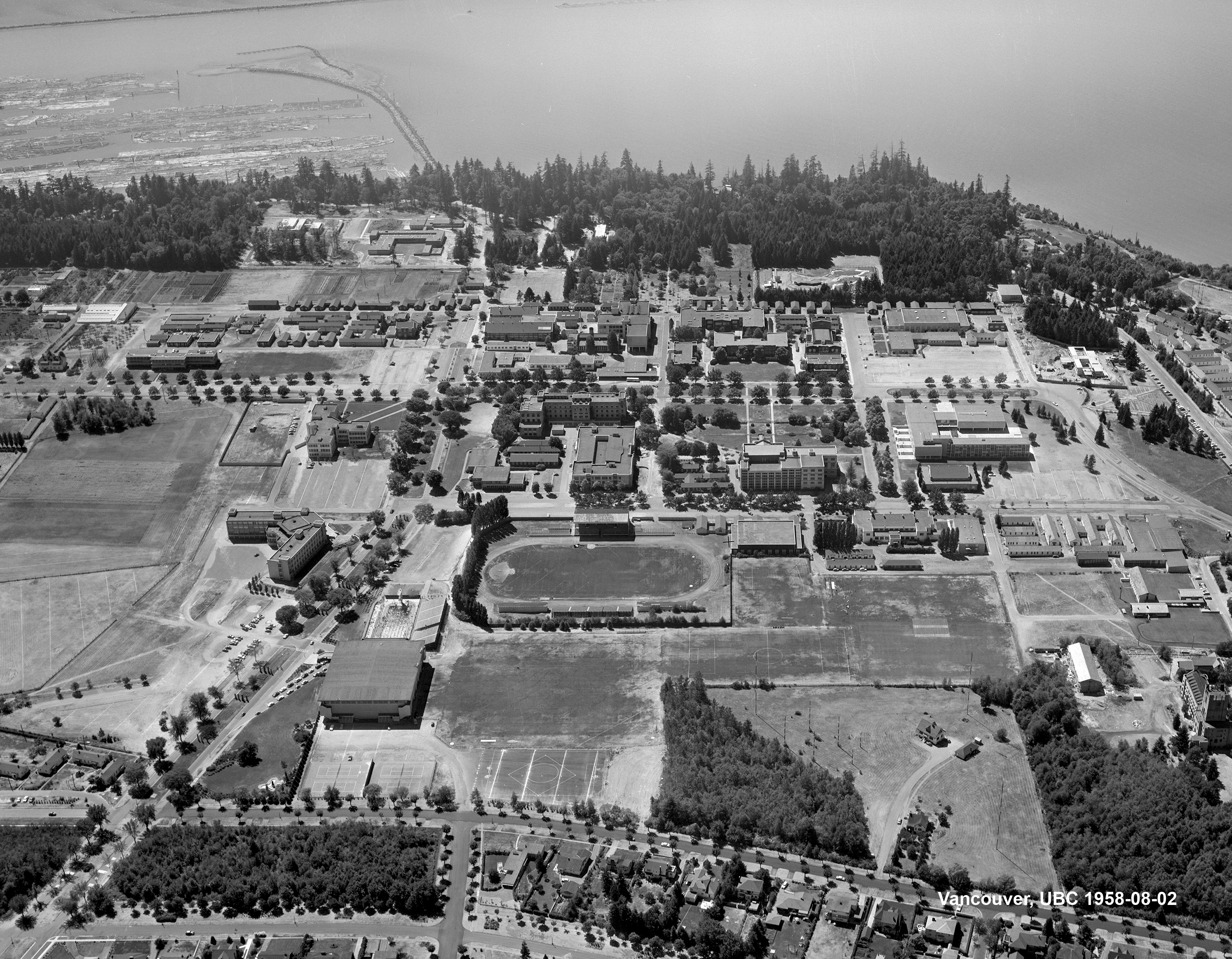 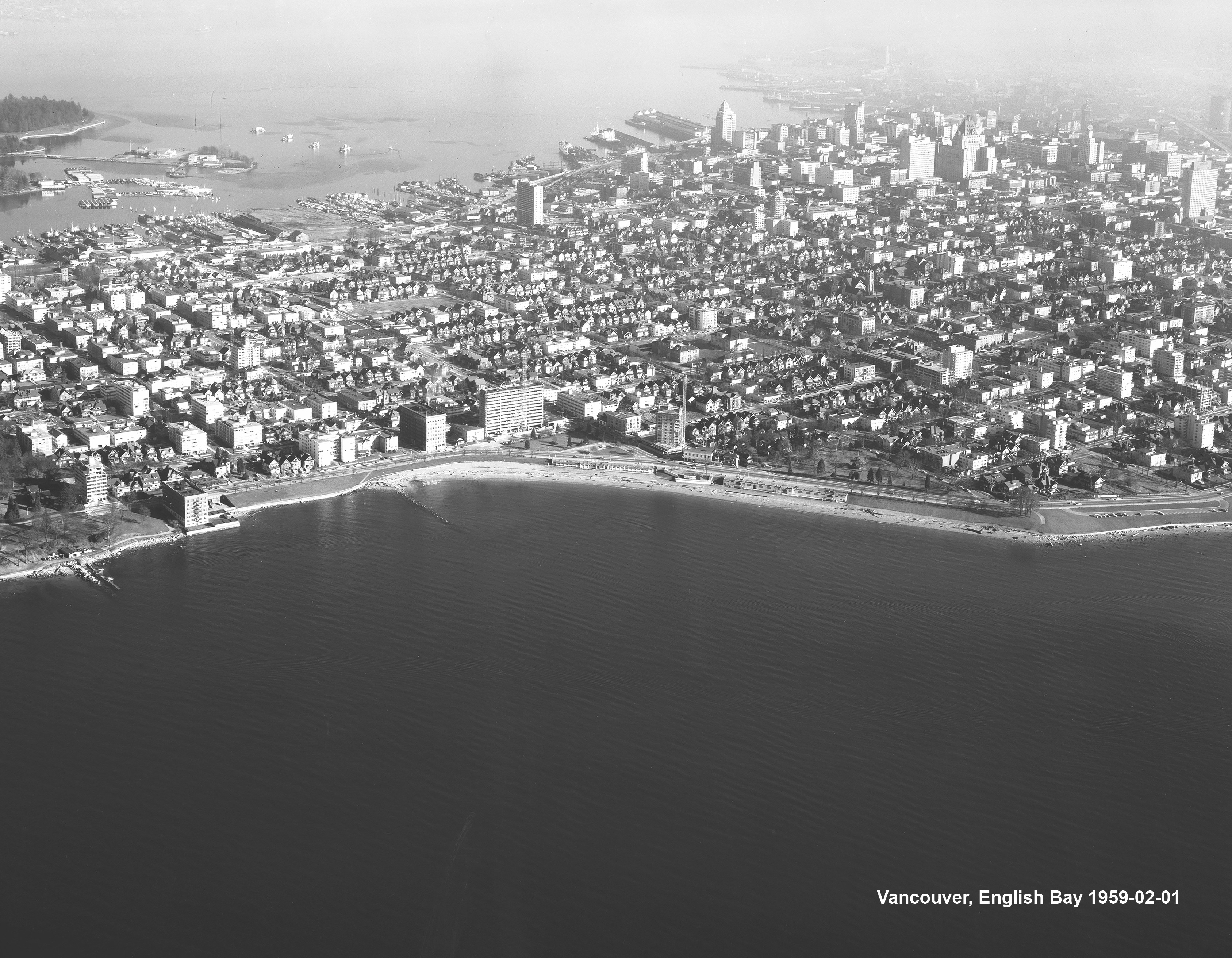 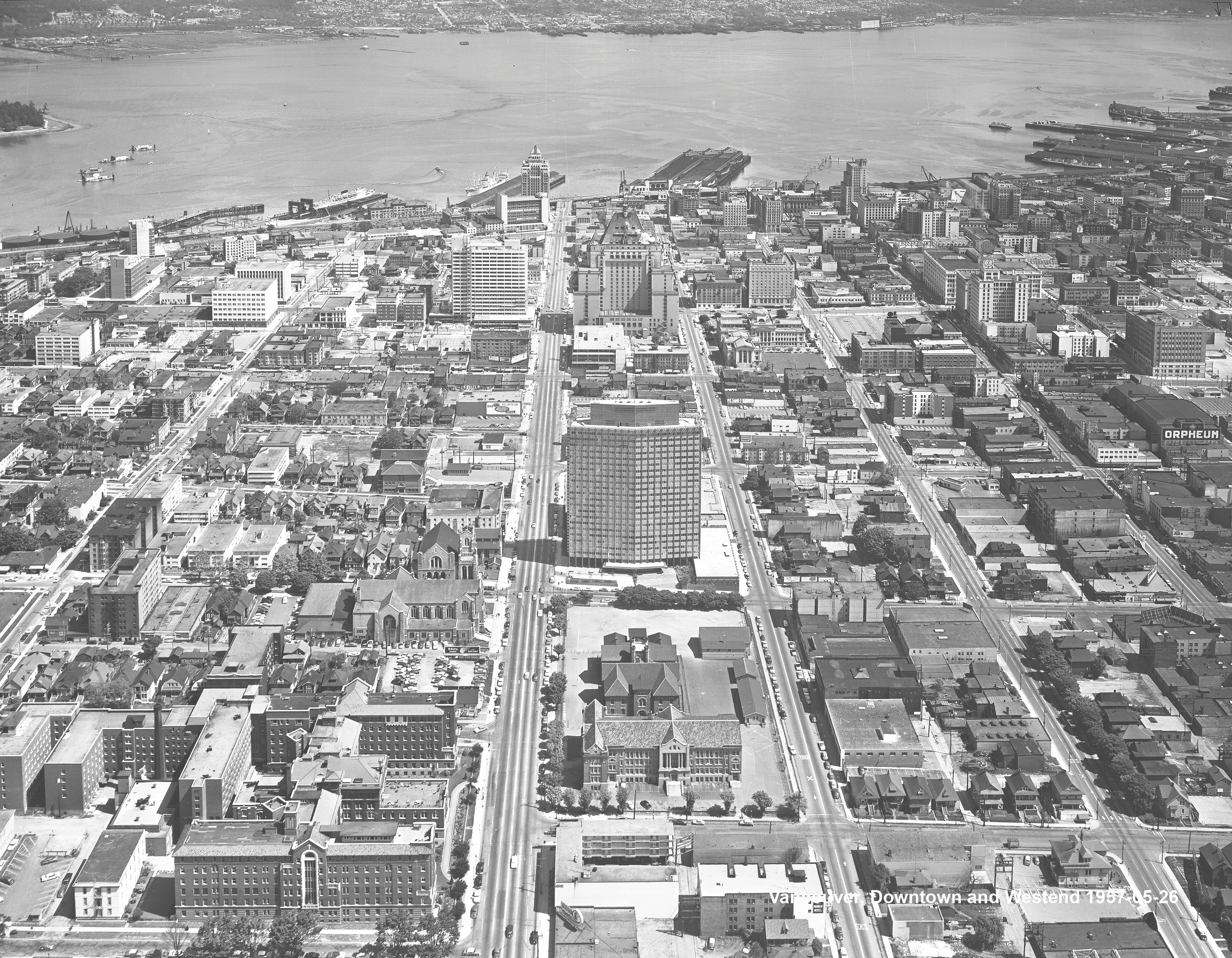 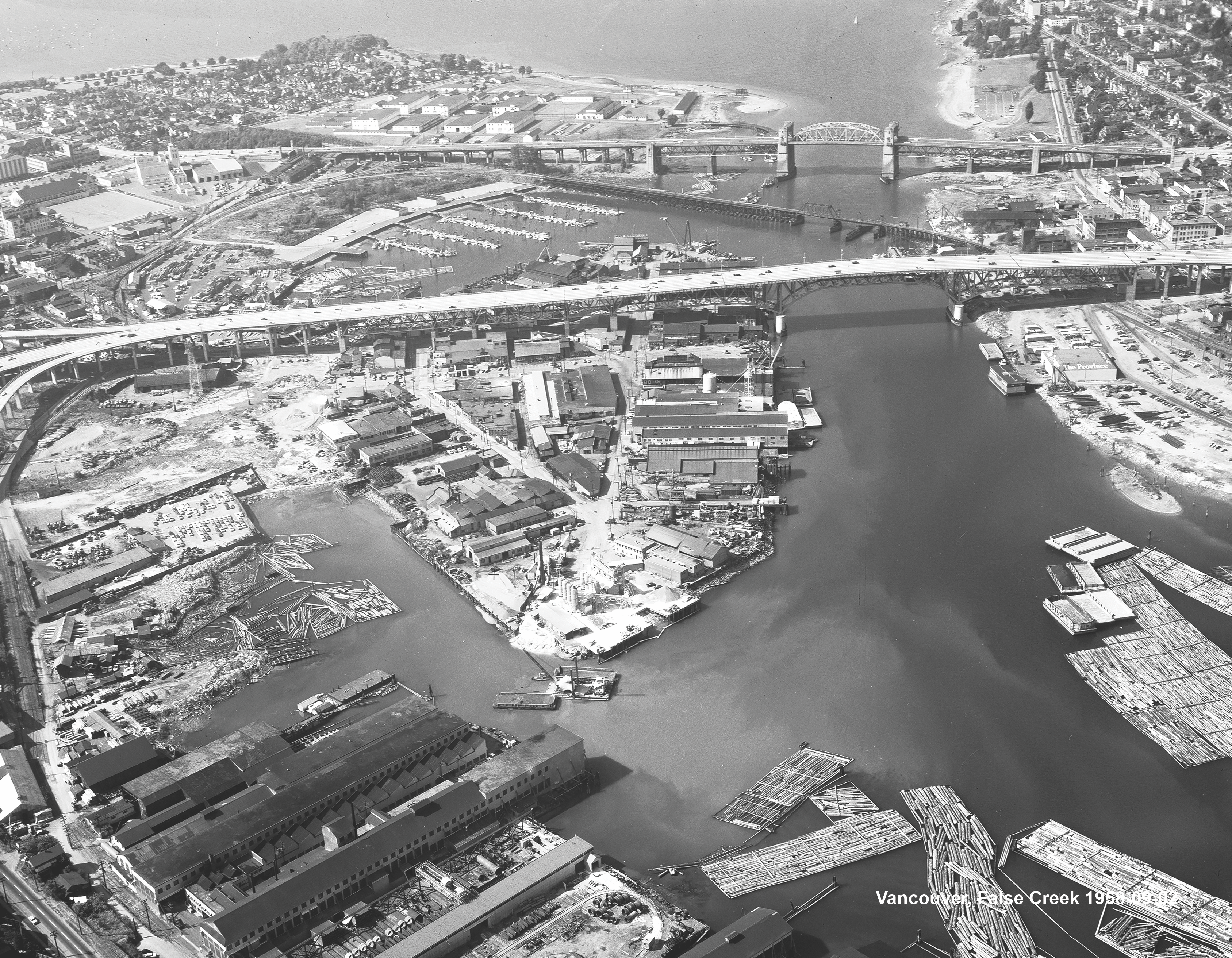 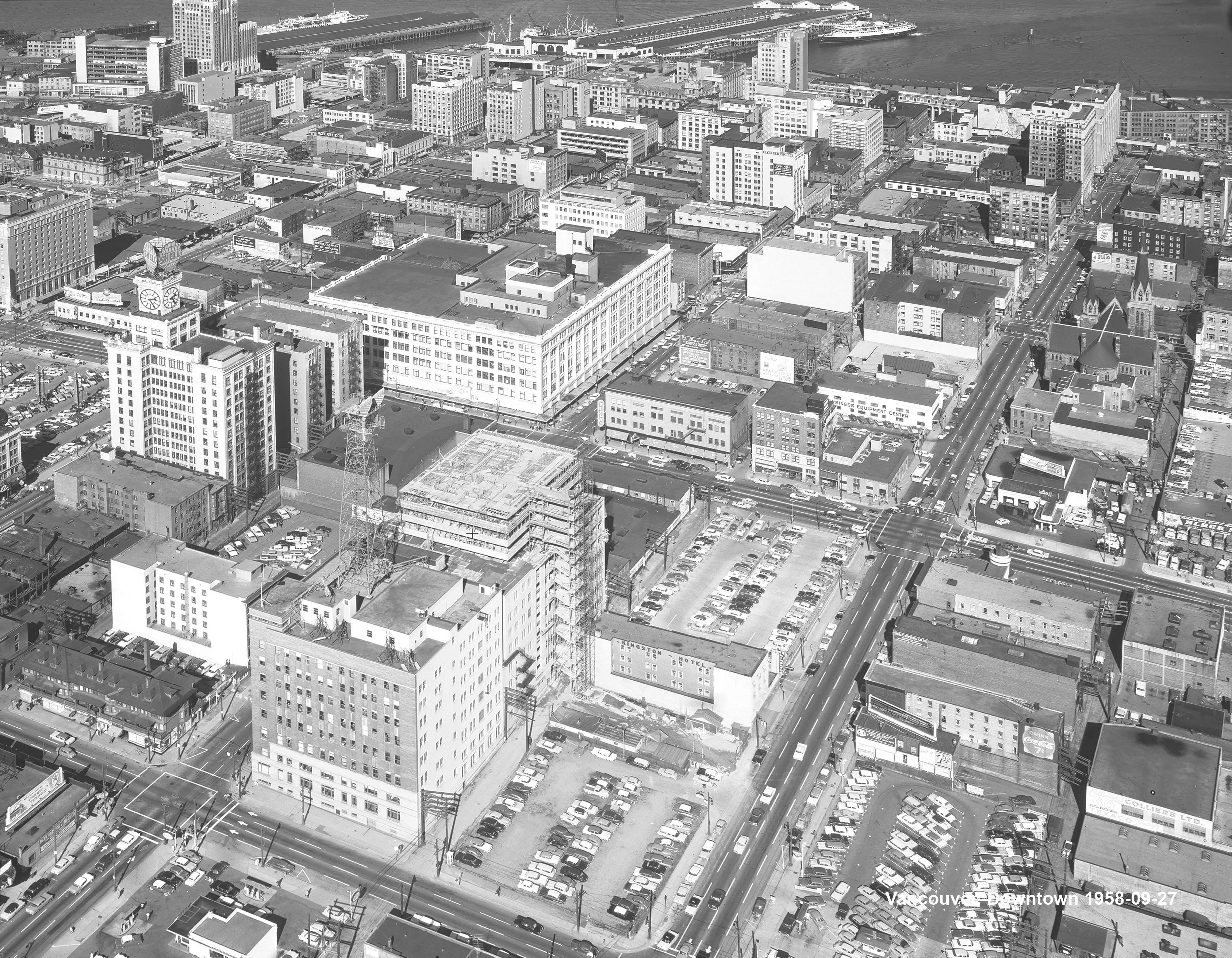 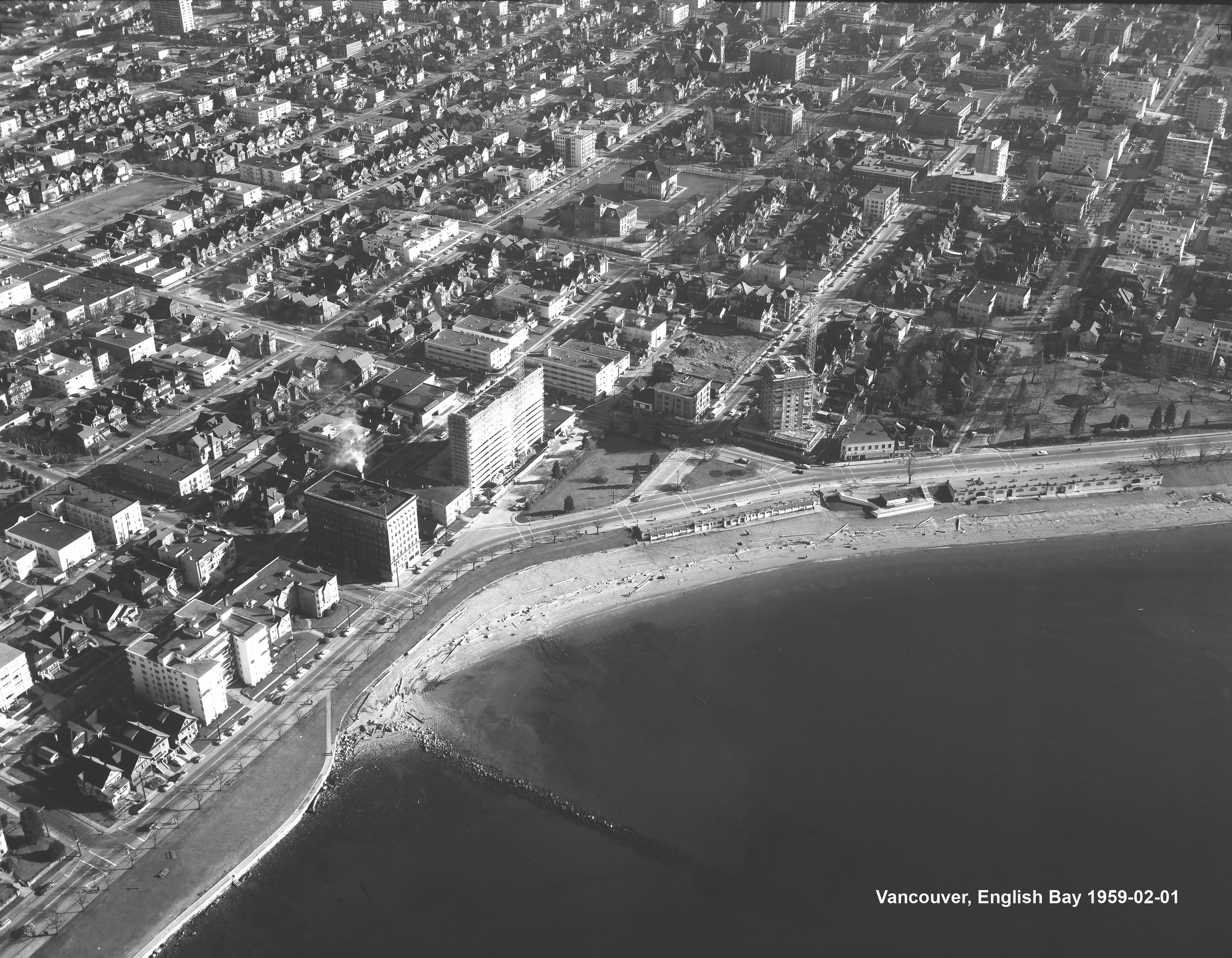 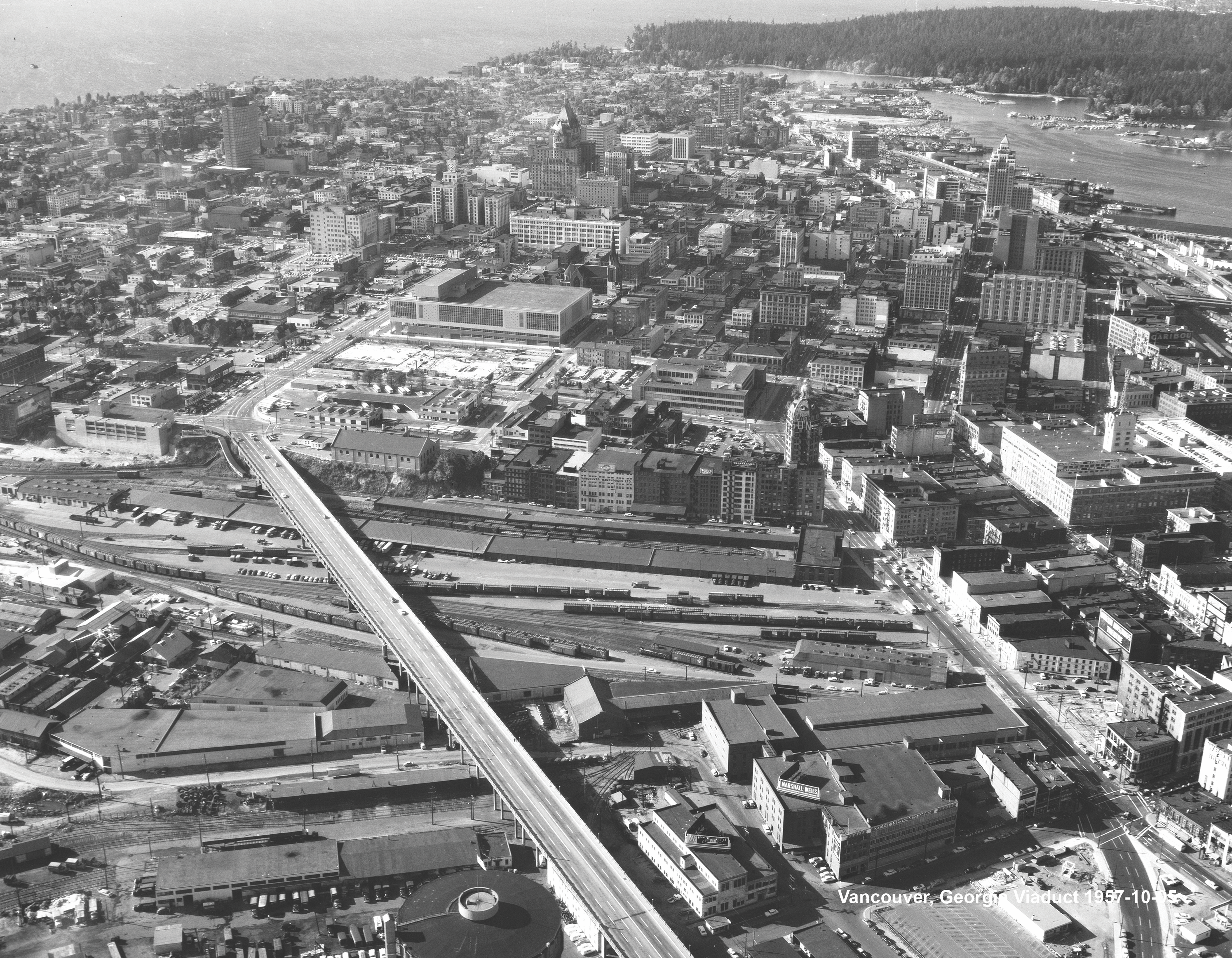 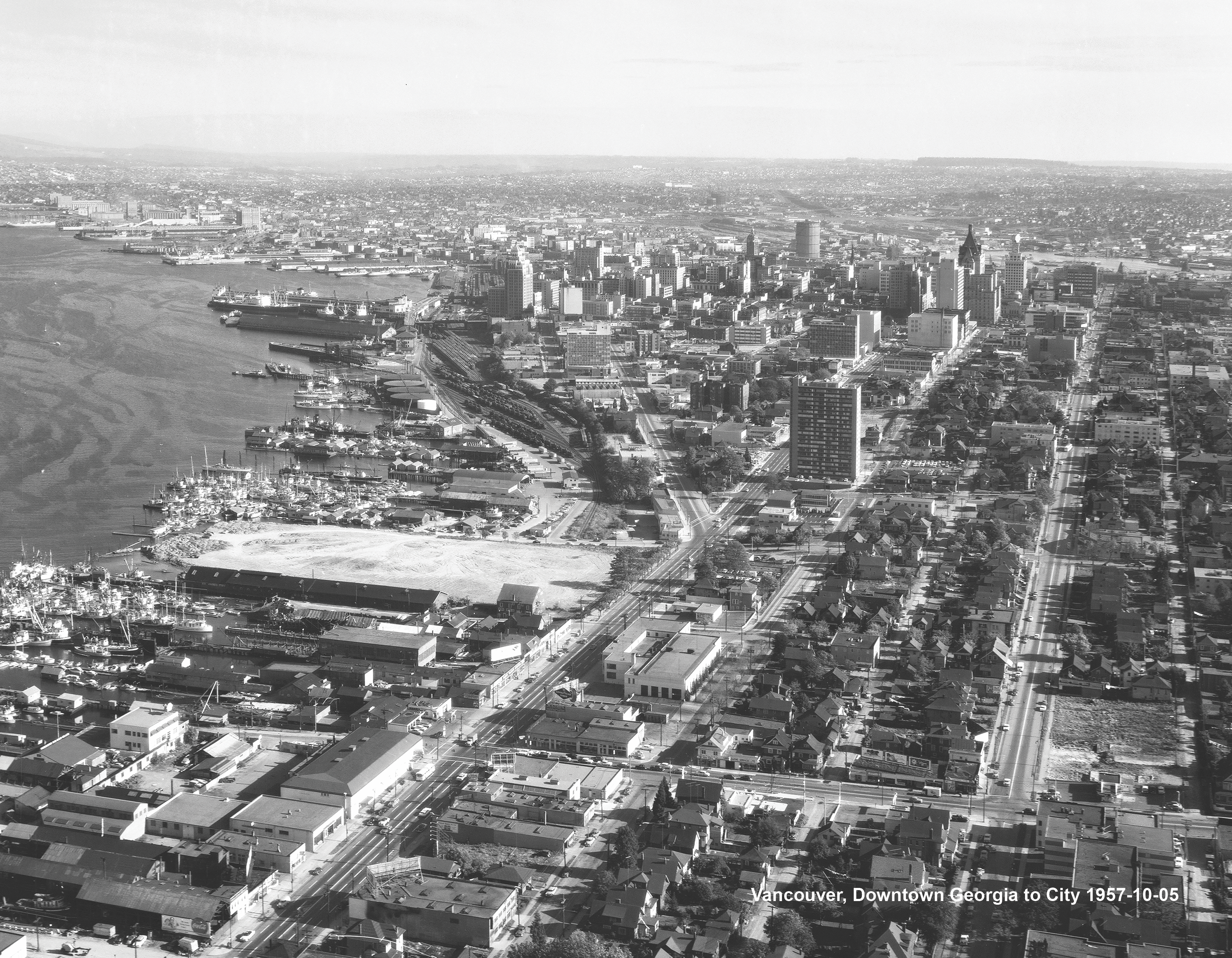 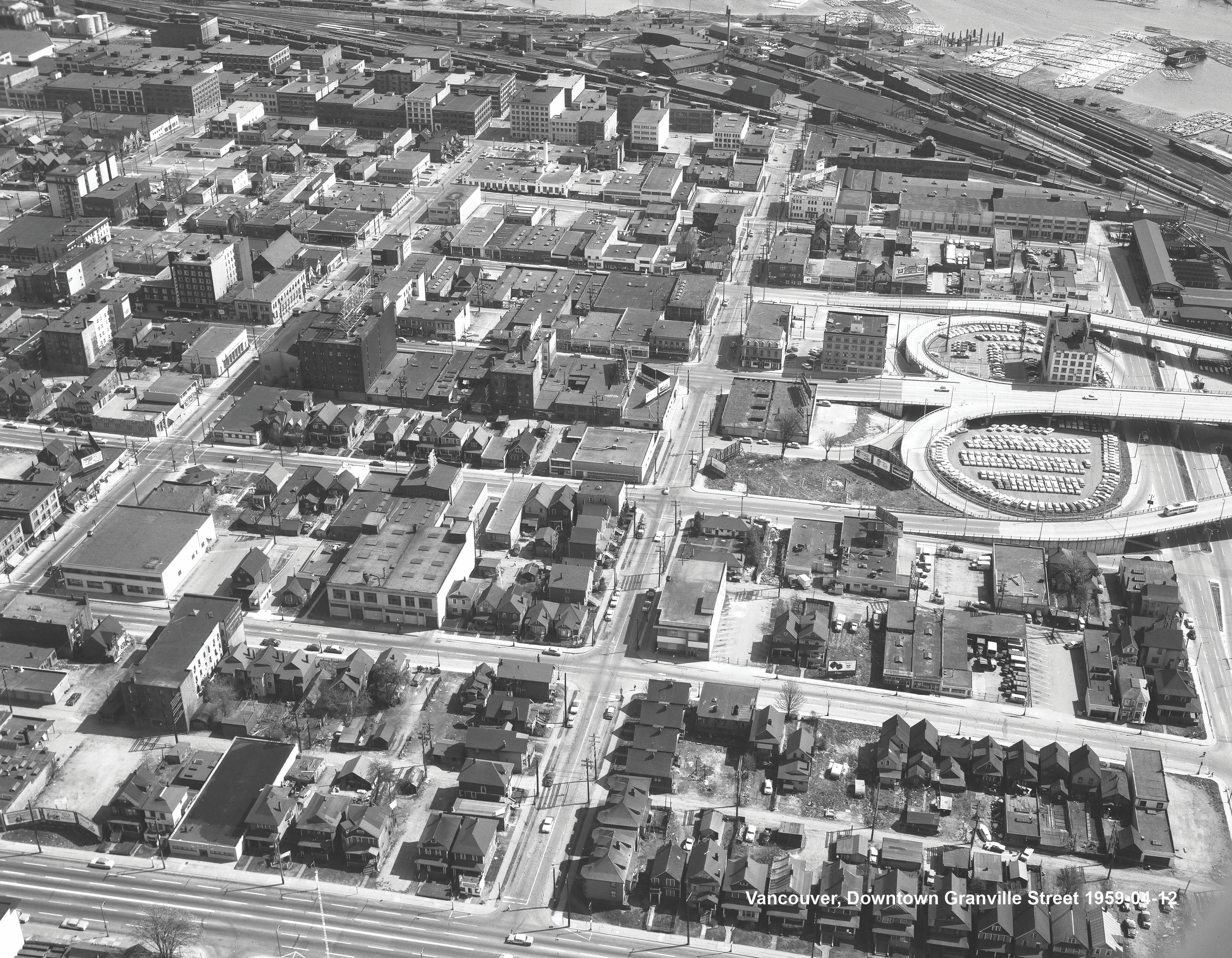 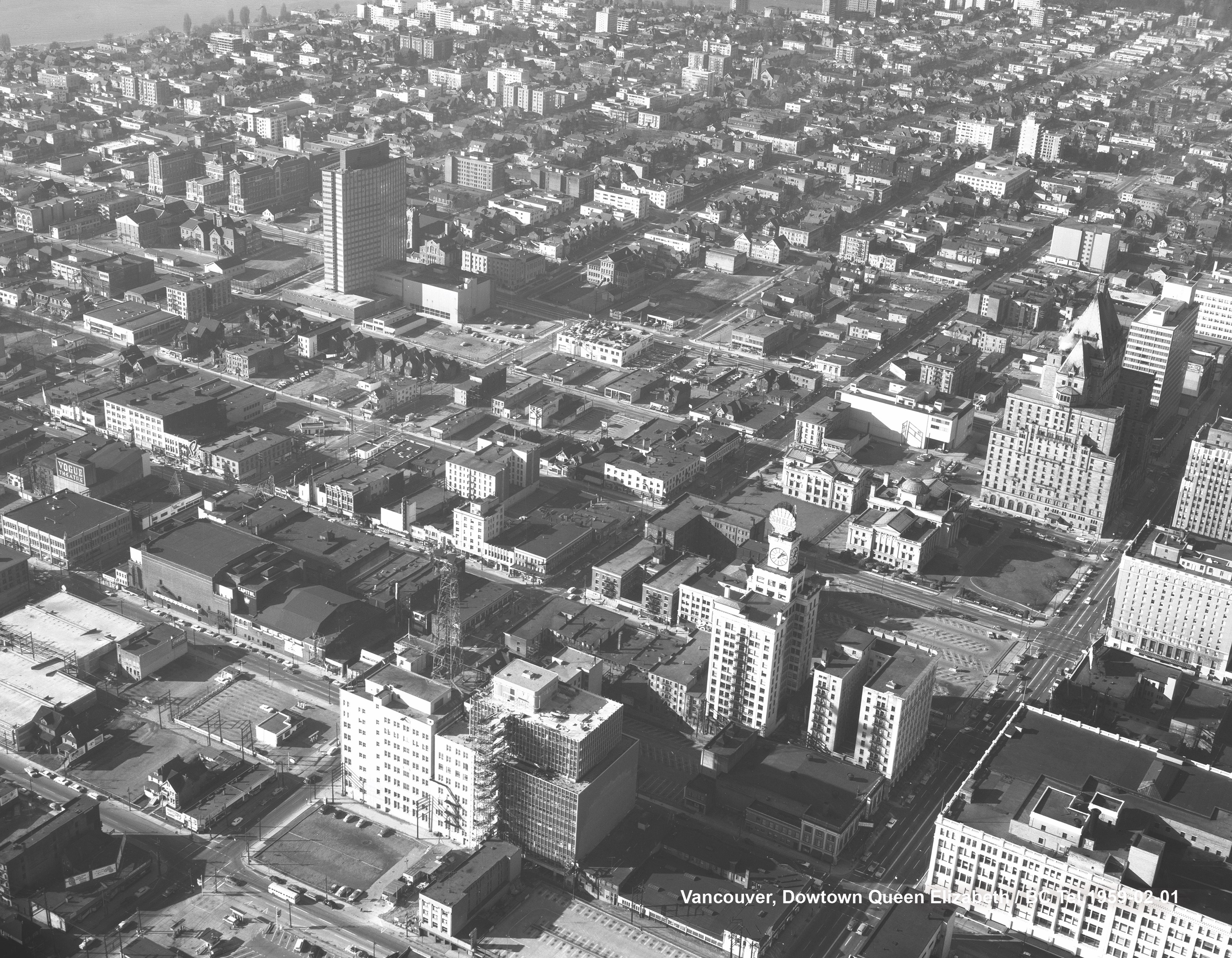 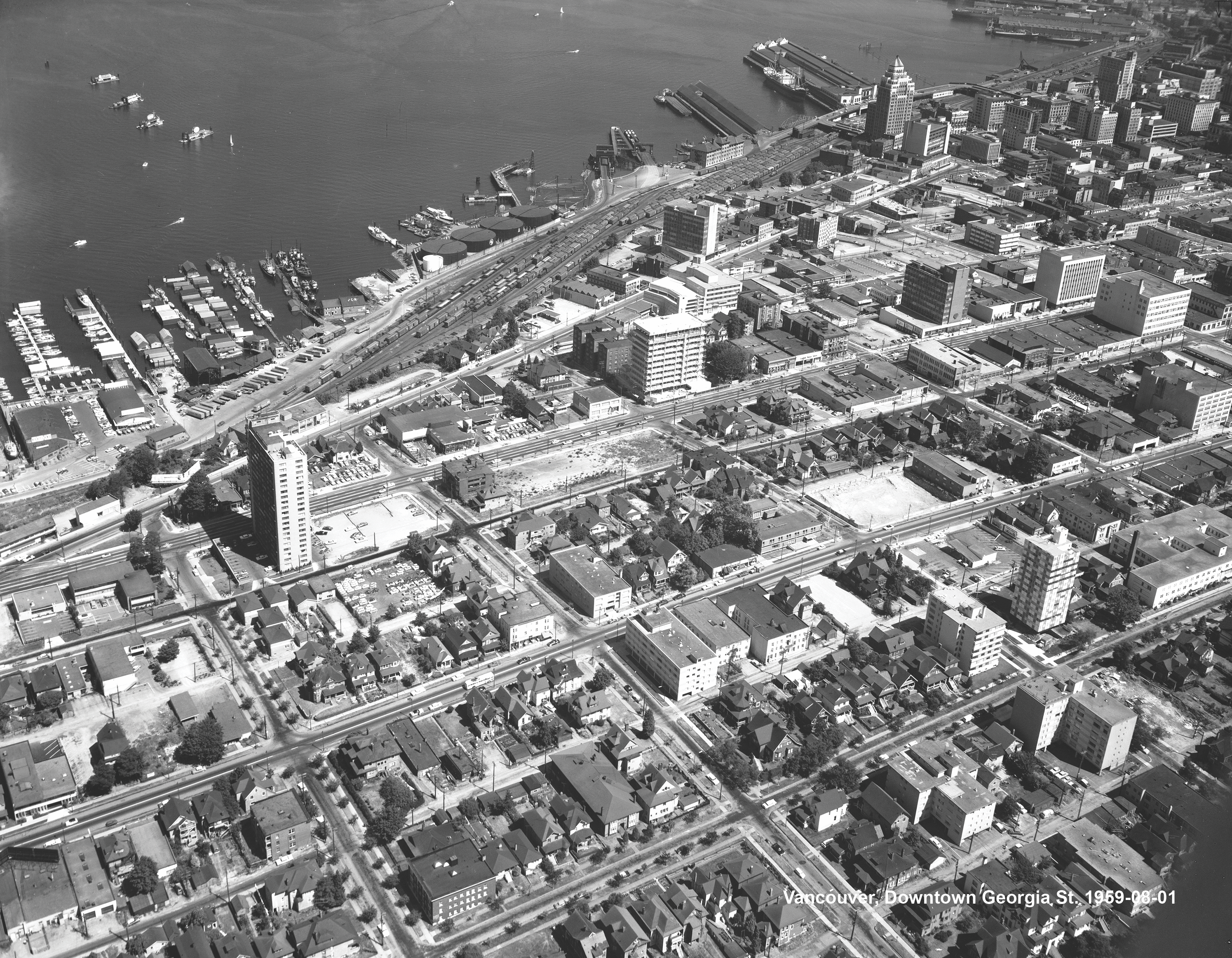 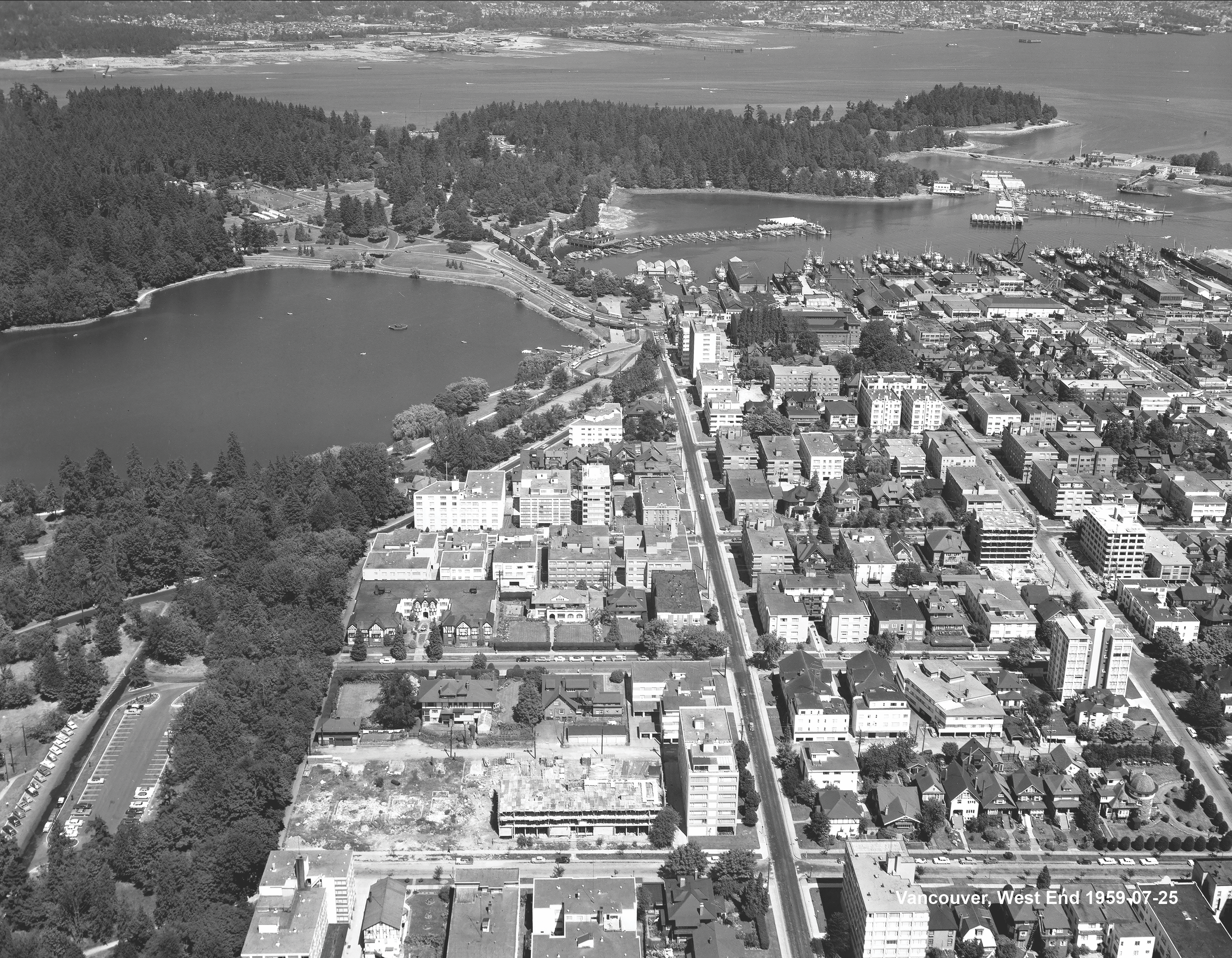